The  Prime  Minister  of  England,  David  Cameron  is  furious  that  Jean  Claude  Juncker  the  former Luxembourg  Prime  Minister  was  elected  President  of  the European  Commission.  It  is  no  secret  that Juncker  had  the  approval   of  Angela  Merkel  who after  helping  to  save  the  Eurozone  is undoubtedly  the most  powerful  and  influential  EU  politician  hands  down.  A  British  newspaper  stated that  :  complacency, negligence, miscalculation and maneuvering  by national leaders over the past nine months conspired to deliver an outcome no one really wanted;  the  election  of   Jean-Claude Juncker, Europe's accidental president.  The truth of the matter  is  that  only  England  and  Hungary  didn't  vote  for  Juncker;  but  this  entire  electoral  process  has  shown  students  of  Bible  Prophecy  the  inner-dynamics  of  the  political  system  that  will  ultimately  produce   10  very  powerful  men  who  for  42  months  will  receive   very  strong  executive  powers  together  with  the  'Little  Horn'  in  the  'not  so  distant'  future. 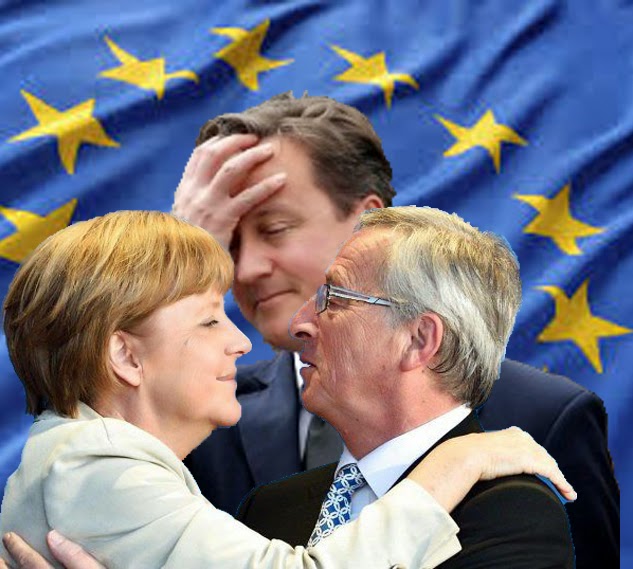 Posted by revelationwatcher at 6:40 PM