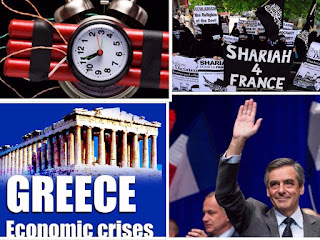 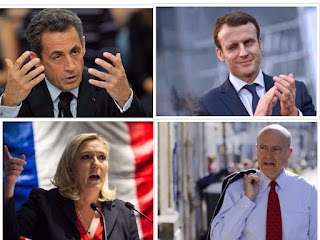 This  student  of  Bible  Prophecy  knows  that  France  is going to  play a  major  endtimes  prophetic  role as it  produces one of  the 10 Horns of  Revelation.  France  has  one  of  the  most  forwardly-deployed  militaries on  this planet.   The  French  military  have  played  a  key  role  in  fighting   Islamic  militants  all over  Sub-Saharan  Africa.   France's  history  of colonialism  in  Africa  long  ago  allowed  it  to  have  several  key  military  bases  all throughout  Africa  that  still exist  to  this  present  day.  Despite  the rise  of  Islamic  terrorism in  France,  the French  military  and  intelligence  services  have  actually   been  successful  in combating  and  quenching  'Islamic Jihadism'  in  several  African  countries.  France continues  to  help  its  African  allies  by   using its  superior  airforce  to  launch  key airstrikes against  Islamic  militants   throughout  Africa  and  it  is also  no  secret  that  it  also  has thousands  of  ground  troops as  well  as special forces  in that region.  Yes, this student of  WW II  knows  all the French  military  jokes, but  France  has  learned from its  past  mistakes; Germany on the other hand   is still haunted and embarrassed  by   its  NAZI  past  and  that is why it has pursued    demilitarization and left most of its  external  security  at  the hands of  NATO.

EUinProphecy.com   for  its  part  is  on  top  of   all these  geopolitical   realities  and  this   unworthy  servant  of  Jesus  Christ  knows  that   the  war  against  Islamic  Jihadists  is  very  far  from  over, unfortunately  France  made  the  mistake  of  allowing  'one too many'  Middle  Eastern  Muslim  migrants  into  their  country  and   more  Islamic  inspired  Terrorists  attacks  will  be  played  out  throughout  France  in  the  future  so  that  the  future  'Little  Horn'  will   eventually  declare  'Martial  Law'  throughout the  future   Kingdom of the Beast.  In the past,  thousands  of  Muslim  youths   rioted  throughout  France  for  three  weeks  and  its  going to happen  again  because   now  they  have  even  more  disenfranchised  Islamic  men.

According  to  the N.Y.Times  article on Jack T.Chick , he chose   comics  as  his  medium  to  'share, communicate and evangelize'  because  he  was  too  shy  to bear witness any other way !
According to one  negative  atheistic and evolutionist   website  review; "Mr. Chick  with his 142  little books in print, including  translations in over 100 languages  makes  him for better or worst one of the  world's  most published  living  authors."  Even though  he wasn't   a  Seminary Theologian, Bro.Jack's his theology affected  hundreds of millions of human souls  !