ETERNITY ON FULL THROTTLE AND AT WARP SPEED : GOD ALMIGHTY IS IN FULL AND ABSOLUTE CONTROL !!!


The  more  that  this  student  of  Bible  Prophecy  studies  the  fall  of  Satan,  the  more  obvious  it  becomes  to  him  that  there  indeed  was a massive cataclysmic global judgement of God against the world of Lucifer (Satan) and his angels when they sinned by rebelling against God during the Pre-Adamic Age. Since then, God has limited Satan and his fallen angels  to planet Earth and  according to  Jude 1 : 6, some  were  chained  in  'spiritual   darkness'  because they left their  domain  &  abode, therefore GOD confined them to Earth and its' heaven (earth’s atmosphere) awaiting their final judgement in the Lake of Fire.  In  short, when  Satan was  cast off  of  heaven  he  threw  one of the  biggest  tantrums in  eternity  by  destroying  almost  every  living  thing  that  GOD  had  'beforehand'  created  on  a  Pre-Adamic  Earth   in  Job 38 : 7  !!!  ( John 8 : 44 )

When did Jesus Christ see Satan fall like lighting from heaven? It can only have been during the Pre-Adamic Age, and not during the Adamic Age. This is because Satan was already a sinful fallen angel confined to Earth at the start of the Adamic Age. There is absolutely nothing in the Bible to suggest that Satan was cast down to earth from heaven after God had created Adam and Eve, during the Adamic Age.  It  is  rather  obvious  that  the  angelic war between God’s Holy angels and the sinful rebellious angels  that  began in heaven but was finished on earth when God cast Satan and his angels out of heaven back down to earth  initiated   before  GOD  created  Adam  in  the  Garden  of  Eden. As a result, the whole beautiful Pre-Adamic Garden of Eden earth suffered cataclysmic violence of unimaginable proportions of  : death, destruction, flooding, &  darkness as described in Genesis 1:2.


Posted by revelationwatcher at 8:26 PM

This  past  June 3, 2016,  France  held  a conference on  the  Middle  East  Peace Process and  continued  it  again  just  this  past  Sunday, January 15, 2017 again  in  Paris, France.  The  main  aim  of  the  past   Israeli-Palestinian   conference  was  an  attempt  to  create  conditions  to  end  the  Israeli-Palestinian  conflict.  The  meetings  focused  on  political  solutions   that  would  begin  a  package  that  would  contain  incentives  and  guarantees  for  both  sides  of  the  conflict.  One  of  the  main  proposals  would  include   a special  privileged  partnership  with  the  EU  as  well  as  investments  in  the  economic  sector  and  security  in  the  Gaza  Strip.  Over  50+  representatives  attended  that  previous  conference  sponsored  and  held  in  Paris  France  last  year  and  just  this  past  week  Paris, France  once  again  held  yet  another  peace  conference  and  some  70  representatives  of  various  nations  attended  with  the  exception  of  : Israel.

Israel  for  its  part  did  'NOT'  sent  any  representatives  to  France  because   in  their  eyes,  the  French  Peace  talks  are  'Rigged'  by  both  the:   Palestinians  and  the  French  auspices  with  mostly  anti-Israel  stances.  According  to  the  Israelis;   continued  terrorism  undermines  any talks for peace  as  well  as  continuing  United  Nations  resolutions  that  condemned  Israeli  settlements  in  East  Jerusalem  that  were  also  backed  by  the  Obama  administration.  According  to  Mr. Netanyahu,  the  entire  Middle  East  is  'NOT'  ready  for  any  peace;  given  the  continuing    Arab  Spring   that  has  yet  to  fully  subside  and  be  finalized.  The  entire  region  is  replete  with  more  pressing  concerns  and  threats  that  far  eclipse  the  decades  old  Israeli-Palestinian  conflict.  In  the  eyes  of  Jerusalem,  the  Iranian  nuclear   quest   is  of   a  more  pressing   concern  than  the  'Palestinian  threat'  simply  because   Iran  has  threatened  to  go  nuclear  against  Israel  and  despite  the  continuing   Palestinian  terroristic  threats,  these  in  no  way  come  even  close  to  posing  more  of  a   strategic  threat  than  a  nuclear  Iran. 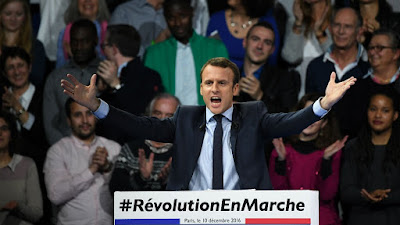