"For the Kings of the Earth committed fornication with her and all Earth dwellers are drunk with the wine of her fornication."
- Book  of  Revelation 17 : 2

Many  teachers  and  students  of  Bible  Prophecy  have  been  'scratching  their  heads'   for  the  longest  time   as  to  how   the final 10 King's and the Harlot of  Revelation  end  up   together  during  the  final  stages  of  the  Great  Tribulation  period; this student of Bible Prophecy  does  not  claim  special  insight;  but  I  suspect   that  a  nuclear  incident  in  one  of  the  several  coming  Prophesied  wars  will  go  nuclear  and  such   a  war  will  reshape  both  the  Middle  East  and  the  European  Union; although most of  the European Union  populace  is  presently  secular  the  truth is  that  Roman  Catholicism  still  plays  a  major  role  in  the  culture  of  many  EU countries  and when  the  Tribulation  period  begins   you  better  believe  that  most  European's  will  get "Religious"  and  look  to  a  future  Pope  for  answers; that is why the 'Woman will  be  Riding the Beast'  according  to  Revelation  !!!  ( this student of WW II  reminds everyone that   WWII  came  to  a  conclusion  with  the  atomic  bombings  of  Hiroshima  and  Nagasaki; and today  nuclear weapons are much more  prevalent  than  half  a century ago*)

It  is  no  secret  that  the  twisted  and  unbiblical   heresies  that  the  Vatican  created  centuries  ago created  an  environment   within this religious  institution  that  fostered  'Pedophilia'  amongst  its'  priests; this servant of Jesus  Christ  reminds  everyone that  the  original  Jewish  Priesthood  that  the Vatican  copied  was  allowed  to  marry  and  have  families.  The  Roman  Catholic  religion  has  for  centuries  been  trying  to  cover  its'  filthy  sins  and  to  a  large  degree  they  have  suceeded  in  making  most  believe  that  the  sexual  deviance  found  in  many  of  its'  priests  are  isolated  cases  "BUT"  the  truth  is  that  its'  Priests  have been  practicing  'sexual  deviancy'  for centuries  including  many  of  its  Popes !
(  the  earlier  Popes  had  numerous  illegitimate  children  and  all types  of  unholy   other  acts; its  all  in  the  history  books*)  The  psychological  damage  that  they  have  caused  to  thousands  upon  thousands  of  innocent  children   because of   their  Pedophilia  acts  throughout  the  centuries  will  not  be  overlooked  by  GOD  ALMIGHTY  !!! 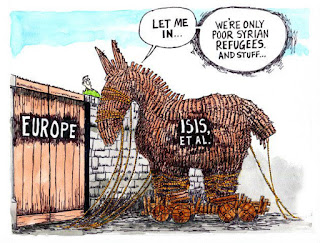