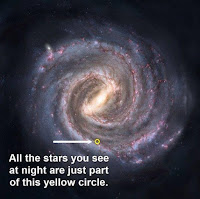 
The  Holy  Scriptures  in  :  Colossians  1  : 16   sums  it  all  very  perfectly  :  For by Him all things were created, both in the heavens and on earth, visible and invisible, whether thrones or dominions or rulers or authorities;  ALL  things  have been created  through  Him  and  for  Him.