THE BOOK OF THE PROPHET DANIEL UNSEALED 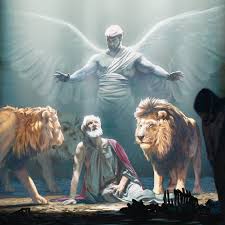 GOD  Almighty  revealed   the  future  to  Daniel  through  visions  explained   and  interpreted  directly   to  Daniel  by  the  Angel  Gabriel, the  very  Angel  and  Messenger  of  GOD  who  would  also  appear  to  Mary  before  the  birth  of  our  Lord  Jesus  Christ.