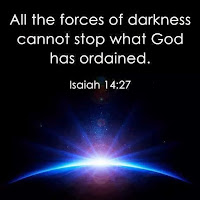 ...Unfortunately,  in 2016  Islamic  Terrorist  attacks  will  continue  simply  because of the fact  that   the  world  and  the  West  has  "NOT"  correctly  militarily  addressed  the  global  Islamic  Jihad  and  especially  because   there  are  one  too many  Islamic  youths  being let in all  over  European  cities  especially  in : France, Germany and elsewhere  that   suffer from high unemployment levels  and   are  easy  prey for radical Imam's  who  make  them  into prime volunteers  to become  suicide  bombers &  terrorists for Islamic Terrorist groups !
(  Various  EU  cities  are  full  of  unemployed  and  radicalized  Islamic  young  men  who  are  "NOT"  assimilating  into  Western  culture  and  who  are  like  a  ticking  time  bomb, evidence  of this  was evident during the  2005  Paris  Riots  where  for  various  nights  mostly  Islamic   youth  went  out  on  a  rampage  and  burned  hundreds of cars  in French cities* )

Additionally,  this  student  of  Bible  Prophecy  wants  to  make  it  perfectly  clear  that  ISIS  is  "NOT"  a  world  power, a nuclear  power  nor  an  economic  power; ISIS  is  more  like  a  great  NARCO  like  state  ( that is competing with other drug like cartels as evidenced  in the  ideological  animosity  between  Al Qaeda, Hamas, Muslim  Broterhood  etc ) when  Islamic  Militants  do  gain  power  in  the  Middle  East  as  evidenced  various  times  in Egypt  through the election of the Muslim Brotherhood, in Afghanistan through the Taliban  and   Fatah and Hamas  in Gaza; the  Muslim  populace  quickly  learns  the  hard  way  that  things  in their respective  Islamic  countries  do  "NOT"  get  any  much  better  than  when  the  strong  men  used  to  rule  !!!

Like  this  student  of  Bible  Prophecy  suspected  "ALL"  the  evidence  appears  to  confirm what  I  suspected  all  along, while  Islam  will  "NOT"  be  the  Beast  of  Revelation, nonetheless  Islamic  terrorism  in France is  forcing  the  Europeans  to  reassess  all  of  their foreign  policy  towards  the  Middle  East.  Presently, France  is  thinking of  revising their constitution  to  make it possible to revoke French citizenship to all those involved in terrorist activities against the state  and  there  is  no  question that   Islam's  presence   in  France  is  the number  one  topic  and  issue  in  the  French  Presidential  elections, at least  Marine Le Pen sure  thinks  so  !!!