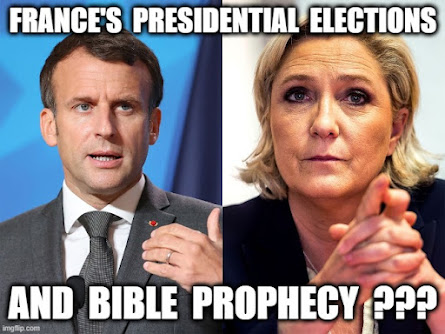 The  Prophetic  Ramnifications  of  the  2022  French  Presidential  Elections ???

Posted by revelationwatcher at 11:34 AM