2017 : A NEW BEGINNING AND THE RAPIDLY APPROACHING END OF THE 'TIMES OF THE GENTILES' 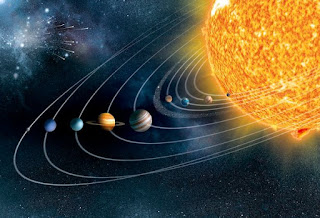 
EUinProphecy.com    since  its'  launch  over 16+ years  ago   has  been  trying to  be  on  the forefront  of  what  is  happening  in  the  European  Union. We  in  'NO'  way  are  in competition with any other Bible Prophecy Ministry, we just consider ourselves to be part of the  Army of the 'Living GOD'  here  on  this  Fallen  Planet  full  of  : rebels, heretics, false prophets  and an untold number of fallen  Angels  and  demons   led  by none other than Satan and  who  are  conspiring  to deceive most  of  this  planet's  inhabitants during the Great Tribulation  period.   ( they have already almost perfected their deception  methods all throughout  history  but  they  are  holding  their  most  deceptive  tactics  for  the  end  !!!  ) EUinProphecy.com   does  'NOT'  know  yet  who  the  final  'Little  Horn'  will  end  up  being, according to the Biblical Prophecies  several  wars  must  first take place,  the  'Little  Horn' according to the Biblical Prophecies  will  already  be  on  the  world  scene  'BEFORE'  he confirms  the  7  year   covenant with the many for a week   !!!  ( rather obvious, because he breaks it midway  when  he  receives  'unholy  powers'  from  none other than the Prince of Darkness  himself *)

Posted by revelationwatcher at 8:05 AM