German Social-Democrat Martin Schulz was re-elected  to head the European Parliament in the first session since elections in May.  Schulz,  outgoing president of the last European Parliament, won 409 votes for and 314 against or blank ballots, in a session that was marred by eurosceptic opposition.  Schulz,  announced  one year ago  that he will revive the  ‘Union for the Mediterranean’, a now moribund initiative first launched in 2008 by the then French President Nicolas Sarkozy.  In  other  words  :  The  Union  for  the  Mediterranean  is  'NOT'  a  dead  project  or  a  failed  endeavor   of  the  EU  leadership !  (  it  is  still  a  Beast  in  progress  somewhere  under  wraps in  the  Mediterranean region  and   who will very possibly  rise  to  the  astonishment   of  many  in  the  future*  ) 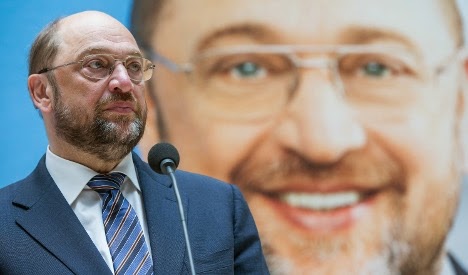